Hm. What is this? I like it! I don't remember buying it, that's all. I suspect I picked it up in a sweep of year end lists and then forgot about it. It's good! Looks like there's a connection with Failure here, but I don't know if that's why I got it. Anyway, enjoy!

This is from Krallice's 2020 release Mass Cathexis. Cathexis is one of those words that must disproportionately appear in a metal context - it sounds badass and nobody knows what it means. I mean, I've never seen it outside of a metal context! But I must be misremembering things, it looks like only three albums with the word in it, and 12 songs, none of which I'm familiar with other than this album.

kid606's Down With The Scene appeared on Mike Patton's Ipecac Recordings, and Patton himself showed up on this track. The glitchy experimental electronic music is outside of Patton's usual bailiwick, although I suppose he'll lend his voice to anything as long as it's weird.

Doughboys, "Every Bit Of Nothing"

Melodic punk out of Canada, the Doughboys cranked out a half-dozen albums in relative obscurity. At least, here in the States, I have no idea how big they were in Canada. Anyway, it's perfectly pleasant if not especially memorable.

I saw Andrew Bird the other day! My view was, uh, less than ideal. 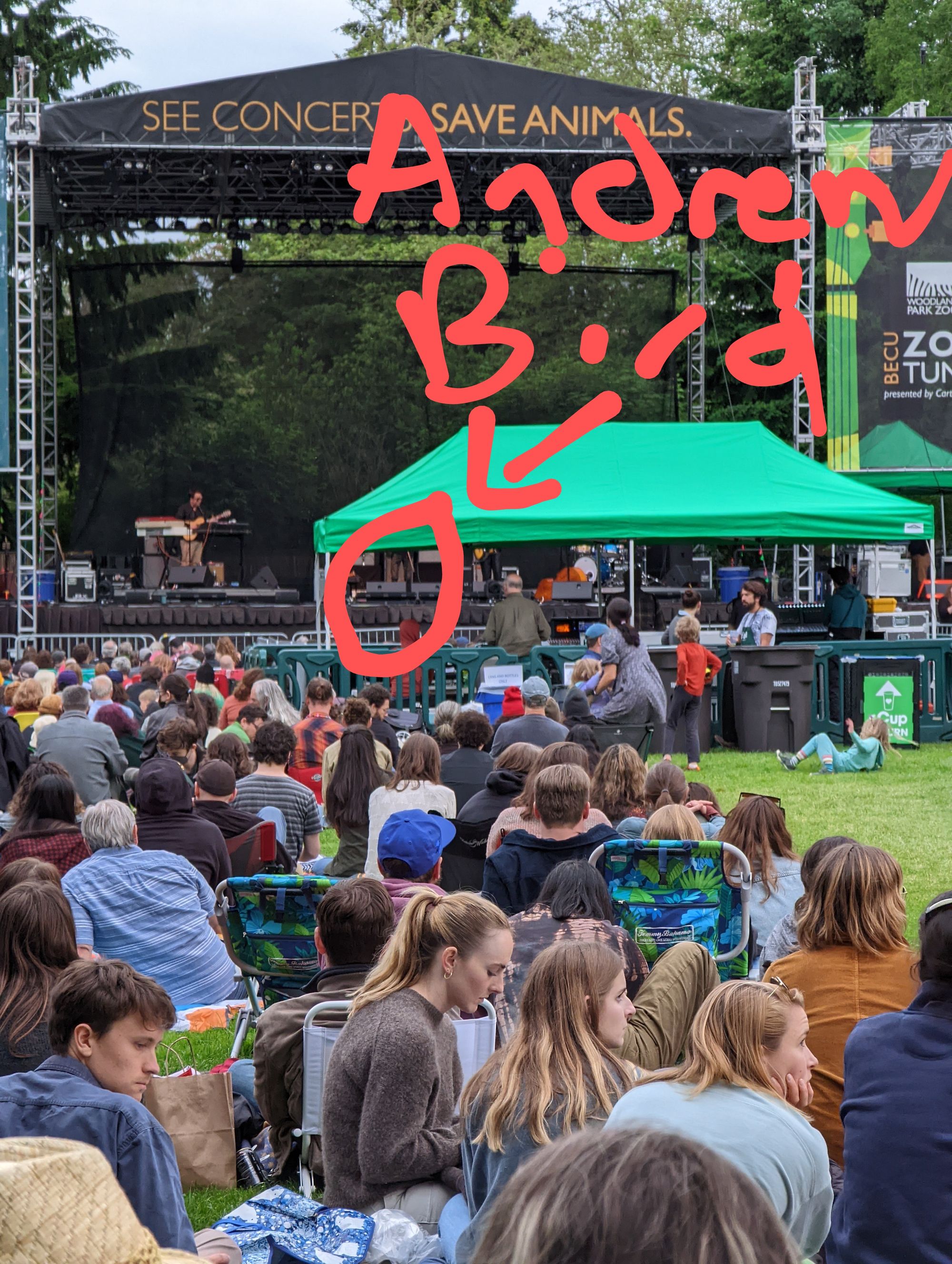